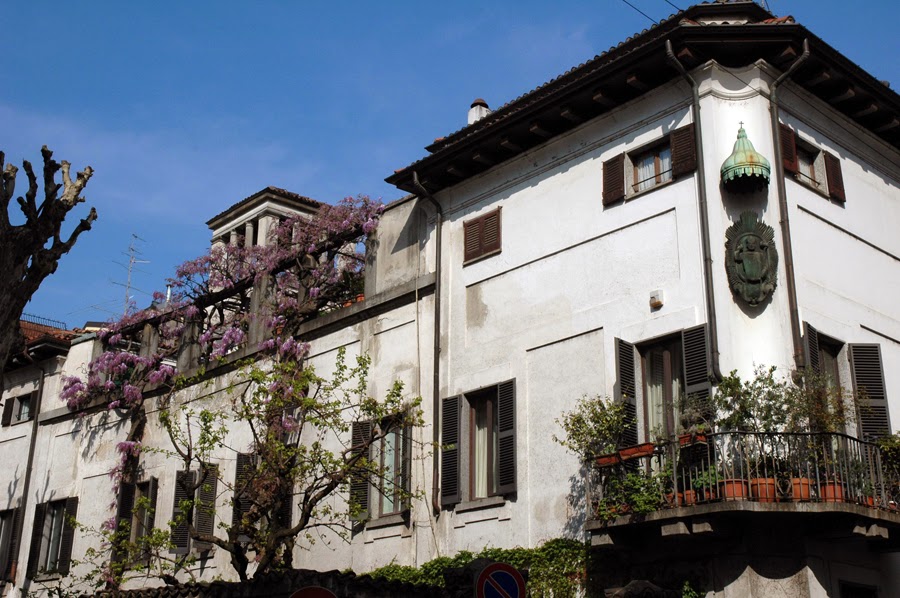 Another Milan Masnsion i love.It was built in 1924 by the architet Carlo Ottavio Marchetti di Montestrutto .The gates on the main entrance was taken by the church of San Protaso destroyed in the past.I love so much the very old wisterias,their colors contrasting with the white trim from inside.The location of this villa,located in the center of town,is very  peaceful and noiseless,very uncommon for a big urban town 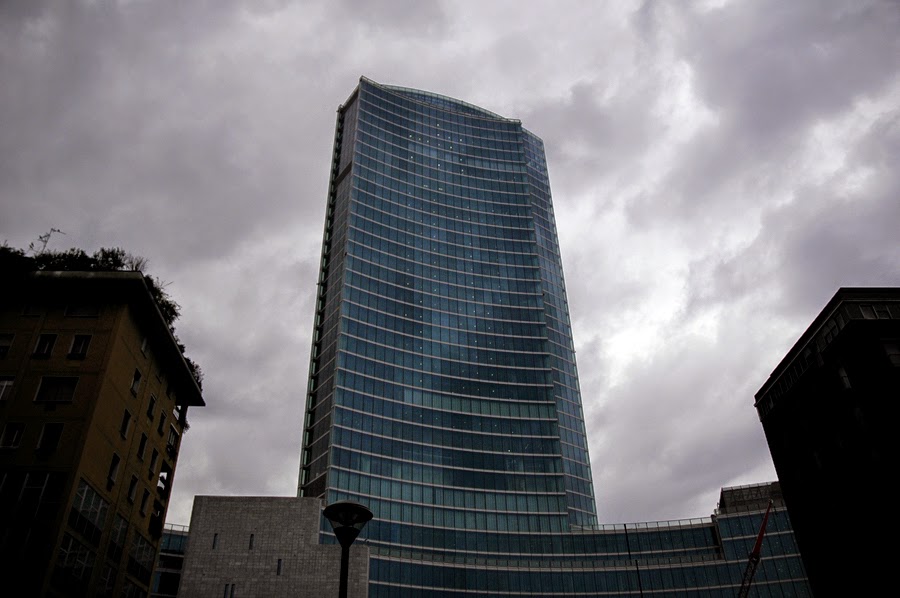 Typical white and grey sky on Palazzo Lombardia in Milan during this period since the next spring,soooo saaaaaddddd!!!!!

LIMO IN THE CITY 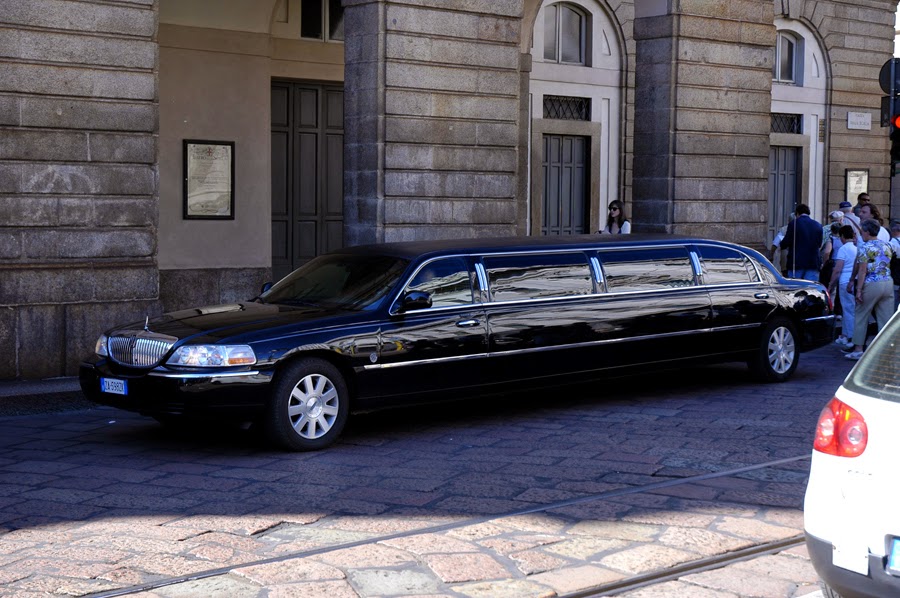 Is not a common thing seeing the Lincoln Limousine around the city,every time i see one catching my attention luckily this time i've my camera with me.When you see one you can clearly understand why one of the most powerful person in the world sometimes seat in this car (U.S. President)before choosing the Cadillac.This is not an understatement,not a vip cars or a simply north american car manufactures flag.It's a status symbol!!! 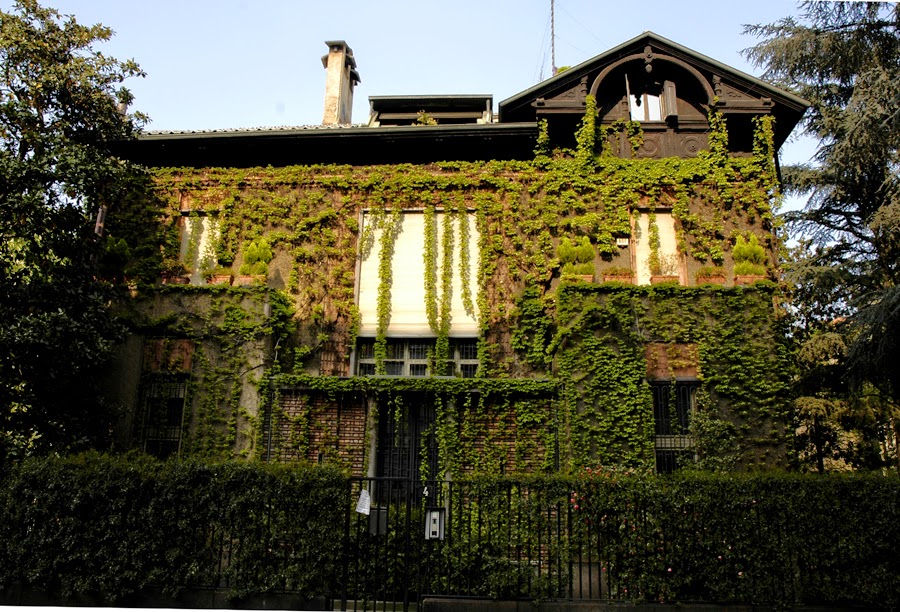 Greenhouse or ivies invasion???i've never seen something like this in the city,is very impressive. 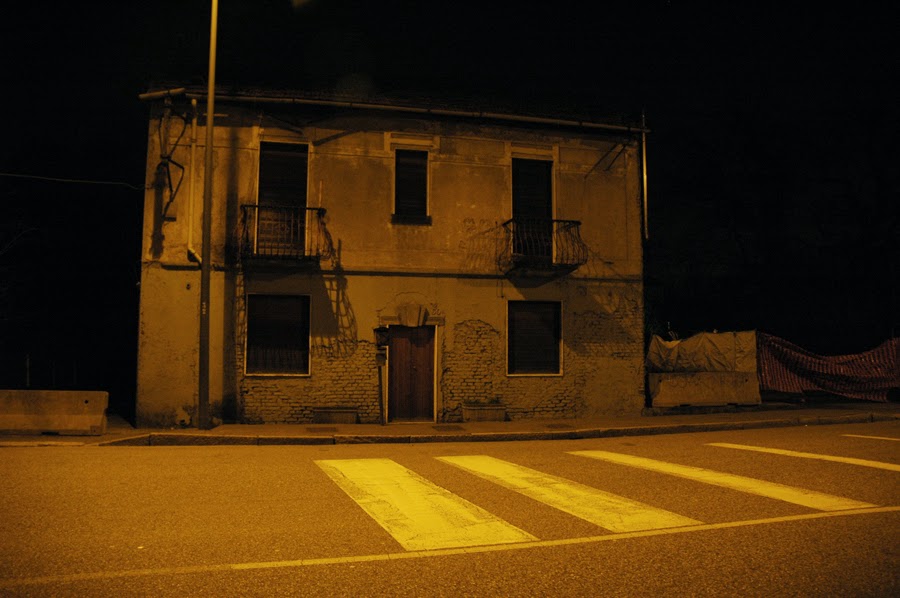 It's been a long time i want to post this night pic,this house catch my attention because is completely forget by a living city as Milan and by everybody.So i decide to back one late afternoon and press my shutter,it's an unreal atmosphere like the phantoms' house,simply unforgettable!!! 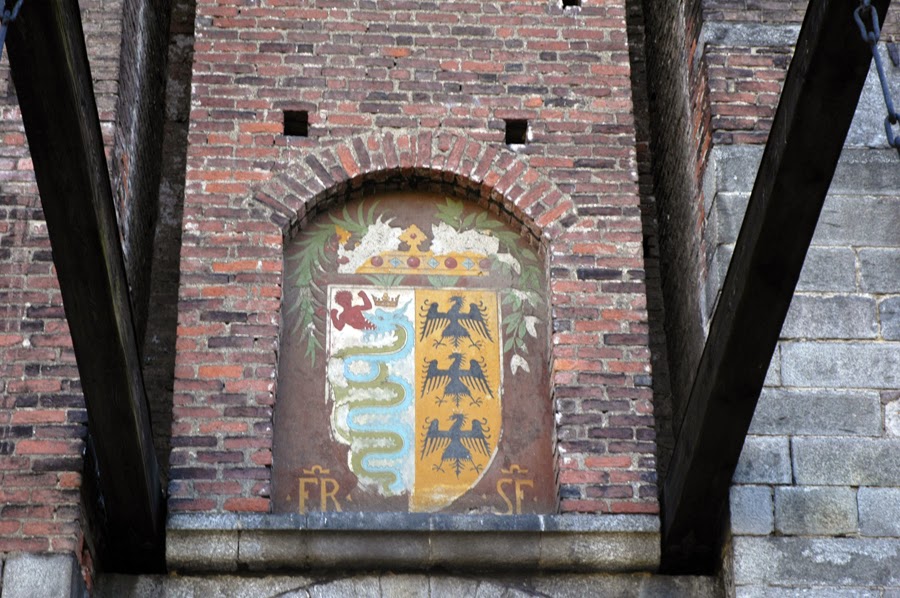 Francesco I Sforza (1401-1466) was the founder of the Sforza dinasty in Milan.Sforza was the first european duke to follow a foregin policy based on the concept of the "balance of the power" and the 1st italian native to conduct extensive diplomacy outside his country.Sforza modernised the city of Milan very hard.He create a very modern taxation system that generated enormous revenues for him,the city and the citizen,his court became the center of the Renaissance,arts and culture.People of Milan love him,he founded the Ospedale Maggiore now Milan University.In the pics you can see a details of his personal crest along the Castello Sforzesco wall,the dragon and the eagles are clearly visible with his firsts letters name.