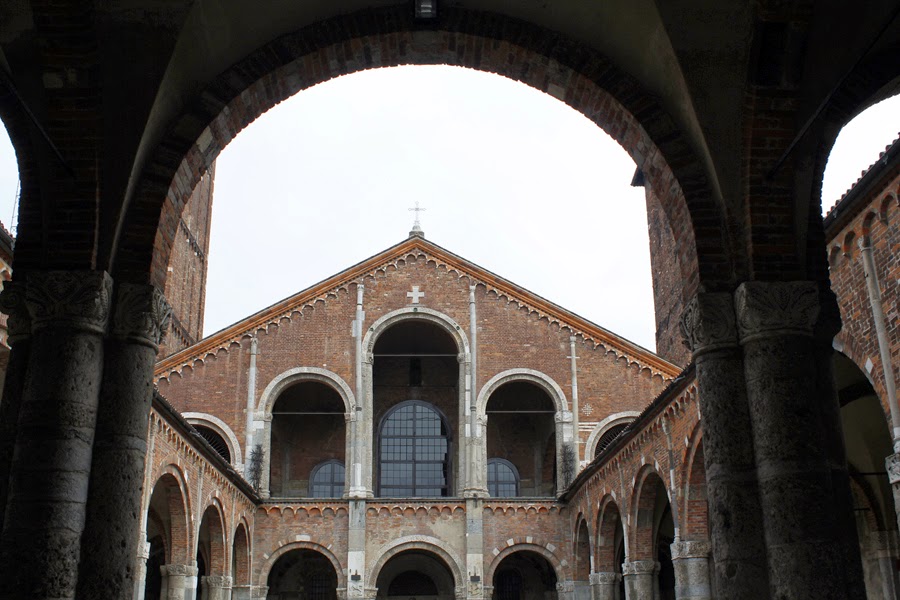 Aurelius Ambrosius known as Saint Ambrose(330-397) was one of the four original doctors of the Church.He was the archbishop of Milan and he's the patron saint of the city.It's celebrated in Milan every year during the 7th of december,in the city is holiday,and it's common to associate the waiting for Christmas in town.People starting  their shopping for the 25th of december(christmas day).THE SCALA opening the season with the first opera.In some part of Milan you can go to visit some interesting street markets,people starting eating the typical Christmas'cake THE PANETTONE,invented in Milan more than 500 years ago.This is the church dedicated to the German native Saint,started in 379 and consacrated in 386,inside you can see many arts treasures such as the paints by CAMILLO PROCACCINI on for all where Ambrose stopping on the door the emperor TEODOSIO I wants entering in the church.You can see the body and cript of Saint Ambrose,Gervasius,Protasius and so on.