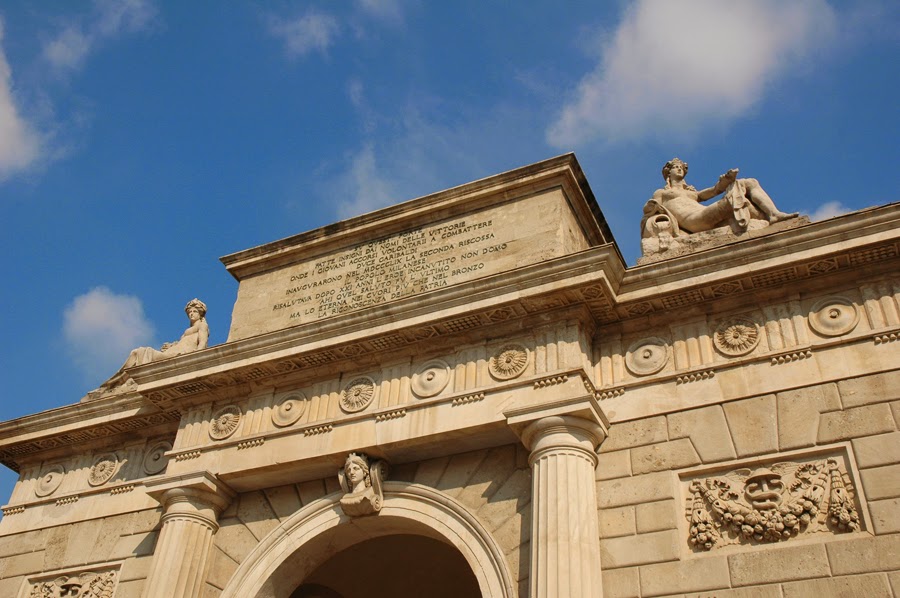 Porta Garibaldi,previously called PORTA COMASINA is one of the city gates.Originally placed in the ancient way to reach the city of Como.Now inside the city,Porta Garibaldi district taken the name from it.The neoclassical arch was made to commemorate the visit of FRANCIS I OF AUSTRIA.During the 5 DAYS OF MILAN to catch away the Austrian domination it was the 2nd door conquered by insurgents after PORTA TOSA.In 1859 Garibaldi after the battles of San Fermo(closer to Como) and Varese entered in the city passing by,in 1860 the door was dedicated to him.The inscription to Francis I of Austria was replaced with another nowdays visible:"Here in the footsteps of the enemy name,the iron of the Italic youth recorded the como's victories".