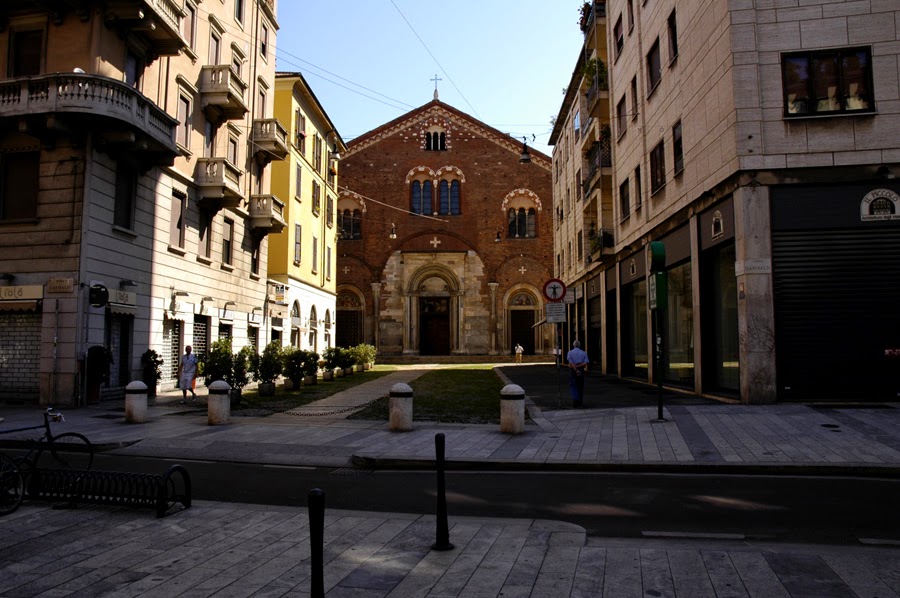 The Basilica of san Simpliciano is a church located in the centre of Milan,is the 2nd oldest in the form of latin cross,erected by Saint Ambrose in the 374-397 A.D. which was finished by his successor Simplicianus who's was buried here.In 1176 the church became famous,as legend telling,the bodies of the martyrs housed here flew as doves in the field of Legnano battle where Frederick I "the barbarossa" the german Holy Roman Emperor was forever defetated and catched out from italy by the Lombard League in particular by the  company composed by foot soldiers called The Company of Death leaded by Alberto da Giussano .