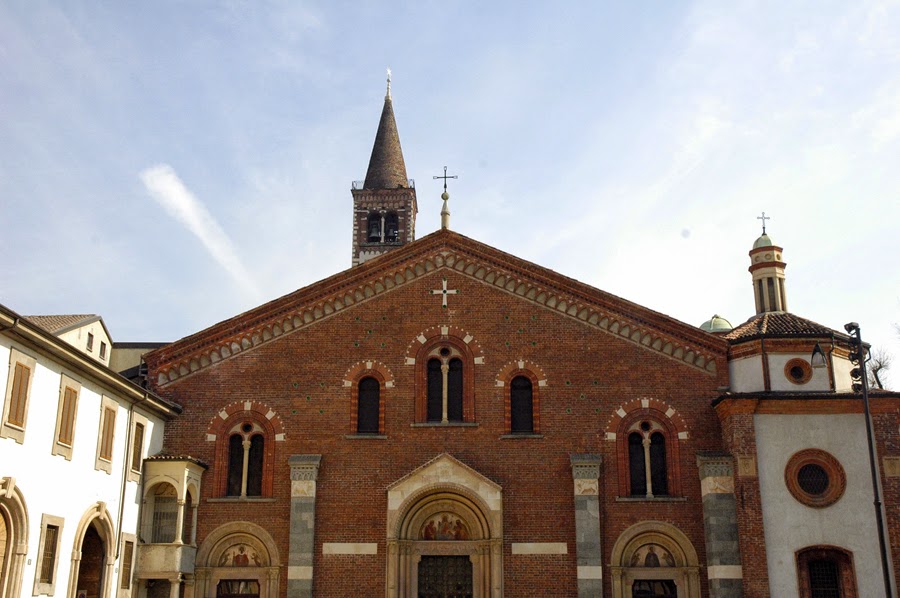 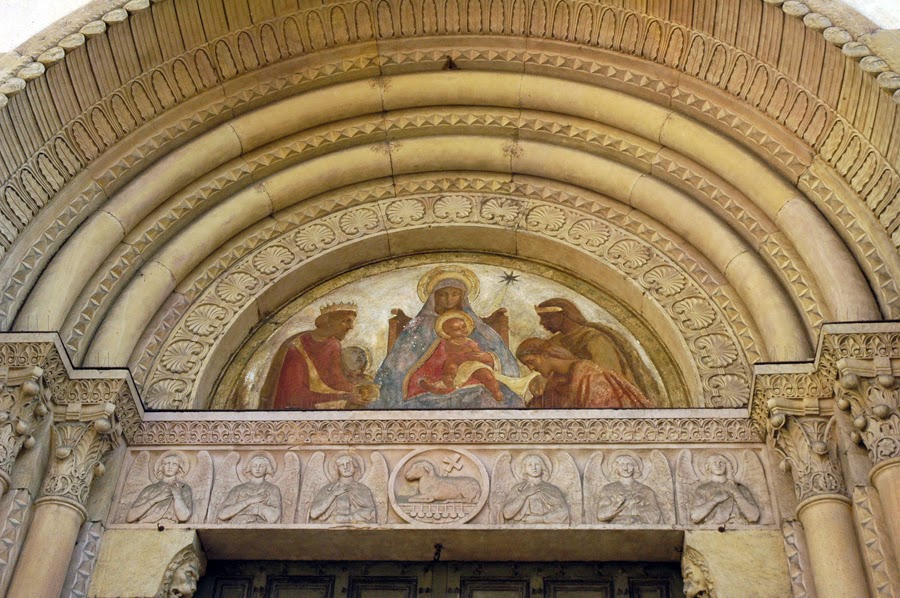 The Basilica of Sant'Eustorgio is the site of the Three Magi or Three kings'tomb.Probably it was founded during the 4th century by EUSTORGIUS I bishop of Milan.In 12th century when Milan was sacked by FREDERICK BARBAROSSA the relics of the Magi was stolen and brought to Cologne.Only in the 19th century some fragments,bones and garments of the Three Kings were sent back to the church.Nowdays are located nearby the Three Kings altar,"the Three Kings Sarcophagus".Today just to remember you THREE KINGS relics are inside on the uppeur part of the bells tower is placed a star insted of the traditional cross.Happy Easter!!!