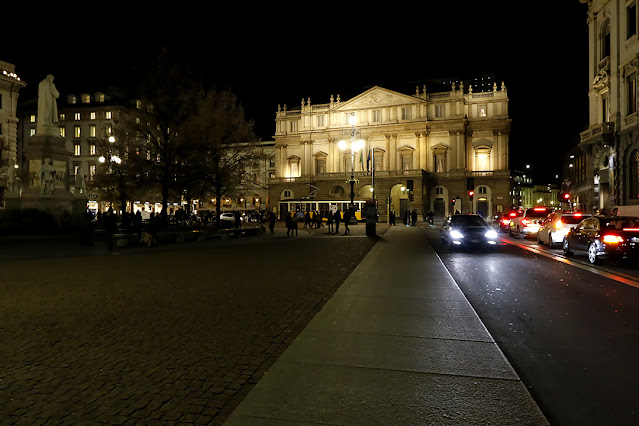 December the 7th,Milan commemorate his patron SAINT AMBROSE (TRIER,deutschland c.a 340-MILAN 4th,april,397).Only in the city is a feast day with traditional shows back in the centuries and is the inaugural day of the LA SCALA theatre (est 1778) lyric season.This year due to COVID 19 the first day was not cancelled,only guests from every part of the world are not in the city to see from live the show.The first lyric season day for the first time after more than 70 years,years of the II world war,was made without public in presence inside the theatre but at home,the inaugural lyric season day is connected live with more than 120 national broadcast corporations worldwide.