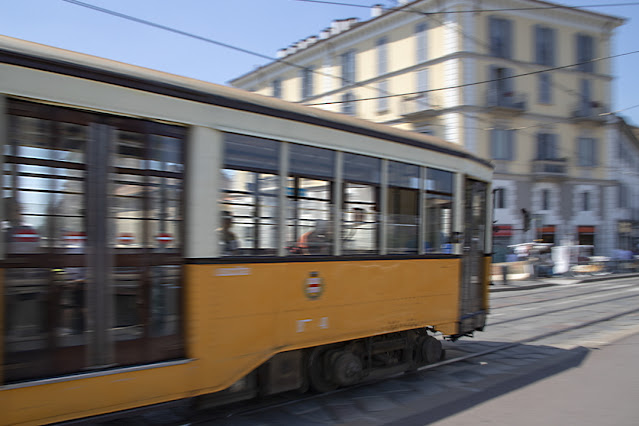 Heres' the milano's tramway.In the pic the 1500 series known as type 1928,built that year,still in service nowdays.The ATM class 1500  is considered one of the city icons from the citizen because cross the century together with the city without stopping the daily service even during the SECOND WORLD WAR.