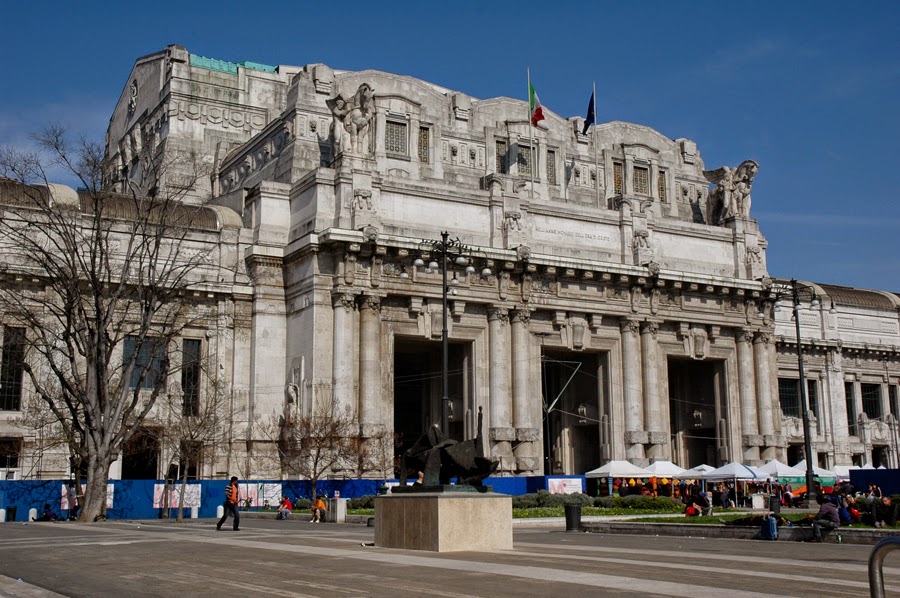 Today is her 80 birthday.It was officially opened on july,the 1st,1931.The design of milan central station was modeled on the union station-washington d.c.- .The construction proceded very slowly,due to the italian crisis and the 1st world war so the original project changed a lot since the italian prime minister,benito mussolini,wanted the station to represent the power of fascist regime.The station have no definite architectural style is a blend of many different styles especially art deco and liberty,is common to known to have invented a new style called "assiro-milanese".