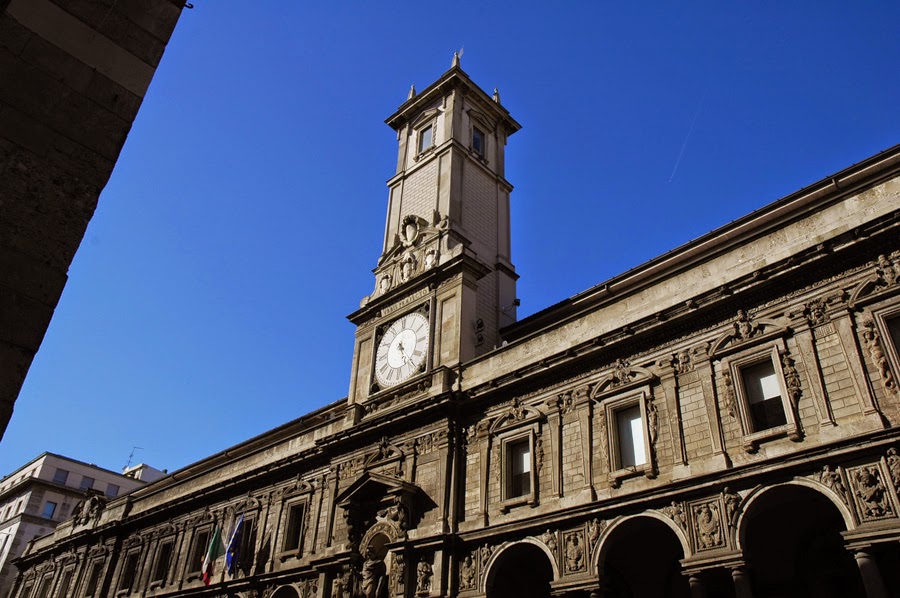 Palazzo dei Giueroconsulti in english Giueroconsulti Palace is a 16th building of Milan located in the centre of town.The construction began in 1562 designed by the architect Vincenzo Seregni ,the palace replaced an older one dated to the 13th century,only a pre-existing tower was preserved and adapted as the clock tower.The palace served as the headquarter of the "college of notable doctors" and used time by time as the seat of "stock market exchange" and the "milano popular bank" and finally as the seat of the "chamber of commerce".The palace was seriosly damaged during the 2nd world war and restored by Gianni Mezzanotte and was equipped with high tech equipements as communication lines and multimedia appliances and named "Palazzo Affari",but, the palace is still known by its former name.