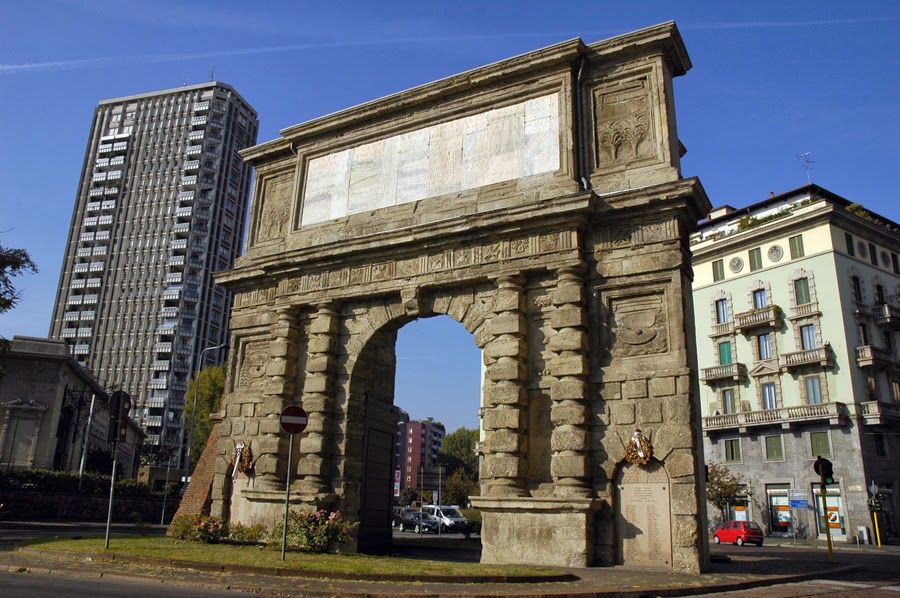 Porta Romana (Roman Gate) is one of the many city gates you can see while going around Milan.Located on Largo Medaglie d'Oro.There was an old Roman Gate facing the same direction as Porta Romana,located more closer to the city centre where now you can find Piazza Missori(Missori Square).In the 16th century another Walls system was built under spanish rules and the gate was erected,here there was a very little gate when the spanish walls was erected.In 1598 Aurelio Trezzi was commissioned to made a big arch using only a particular hard paper to create a magnificent coreography to receive in Milan Maria Teresa d'Austria promise wife of Philip III of Spain and duke of Milan.The entering of the future wife was during night in november the 30th.After that the decision to built a new gate clearly inspired by Roman triumphal arches of the Doric Order was taken.Under this door 2 centuries later Napoleone Bonaparte entred triumphally in the city.Naturally the part of the city district around is named "Porta Romana".