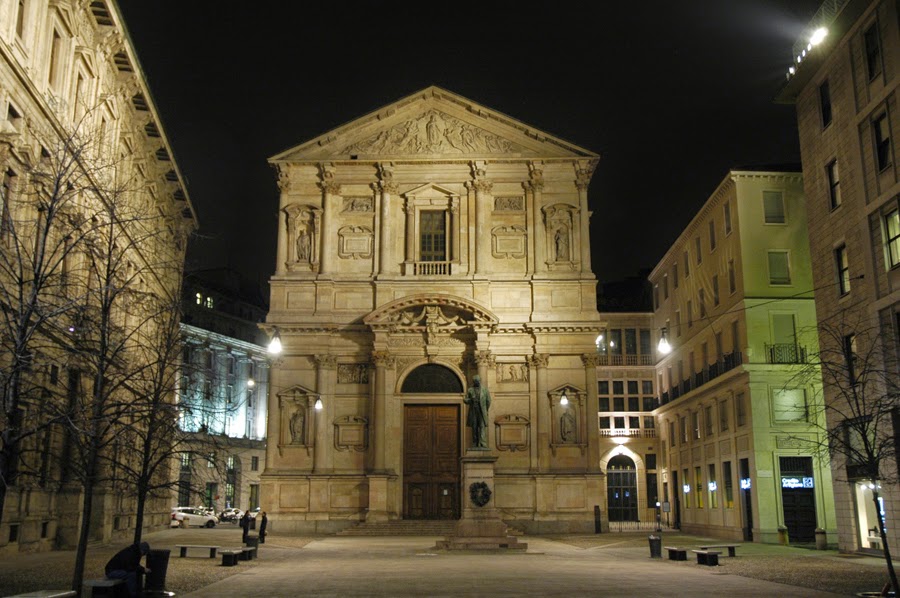 San Fedele is a jesuit church located in the centre of the city.Is entitled to ST. FIDELIS patron of the city of COMO.The church was commissioned by CARLO BORROMEO to PELLEGRINO TIBALDI in 1569.The church was the first house of the JESUIT in Milan,the front side was completed only in 1835.ALESSANDRO MANZONI one of the greatest writer an poet worldwide ever,on the morning of january,the 6th 1873 falling downsatirs after the every morning visit to the church,usually went to pray,striking the head.As consequence he died on may,22nd,1873.A statue was posed in the square to remember it was the Alessandro Manzoni church who was roomed just near.