SUNSET OVER THE STADIUM 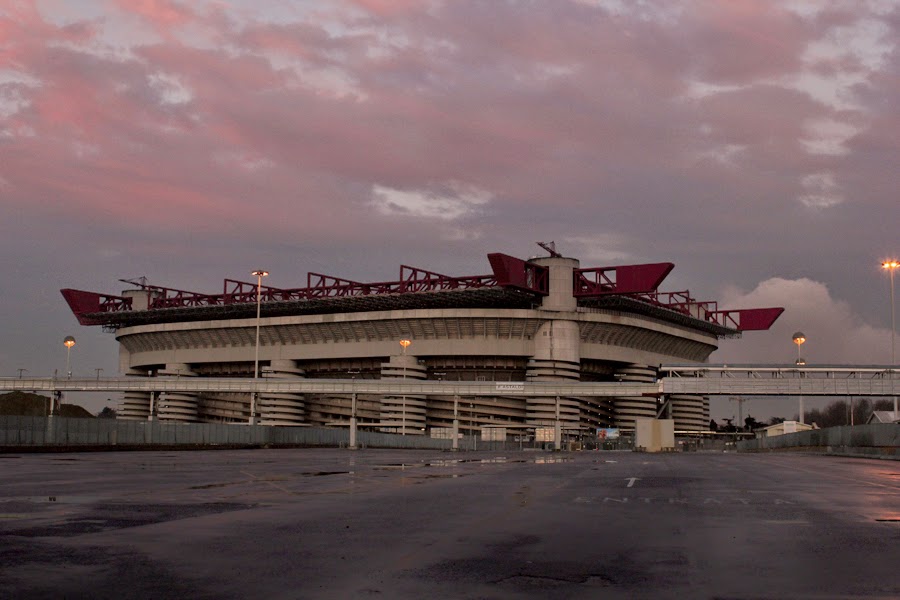 The stadium at sunset,titled Giuseppe Meazza,two time world champion winner,also known as San Siro from the part of the city where is located(in the western part of the city).Is the homebase of the two city football teams F.C. INTER and A.C. MILAN,matchless worldwide as number of trophys.Opened the 19th Sept 1926 with the match F.C. INTER vs A.C. MILAN(6-3)with the capacity of 35.000 spectators.The stadium was renewd two times in 1956 and in 1989 when the last upper part was added reaching a capacity  for over 85.000 spectators.When the football league is over tipically during summer is used to host big internationals concerts shows.Inside you can find an interesting football history museum.