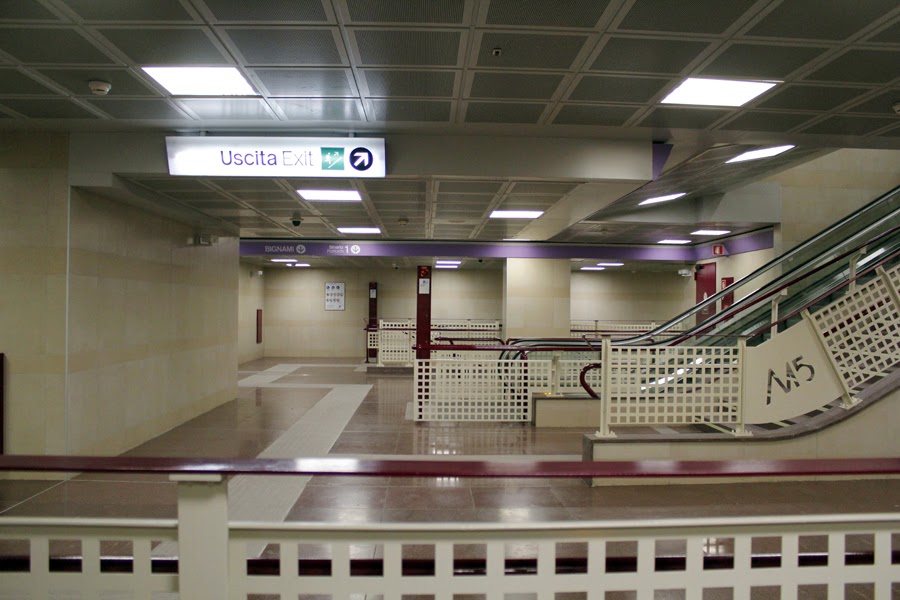 Underground LINE 5 one of the four in the city,the others are 1(red line),2(green line),3(yellow line),this is called by locals "LILAC LINE",from the layout color.It's a driverless train line,entered in service on february the 10th 2013, with 7 stops from the part of the city called Bignami to Zara.The second part is planned to be open in 2014,may be,and the last from 2015.