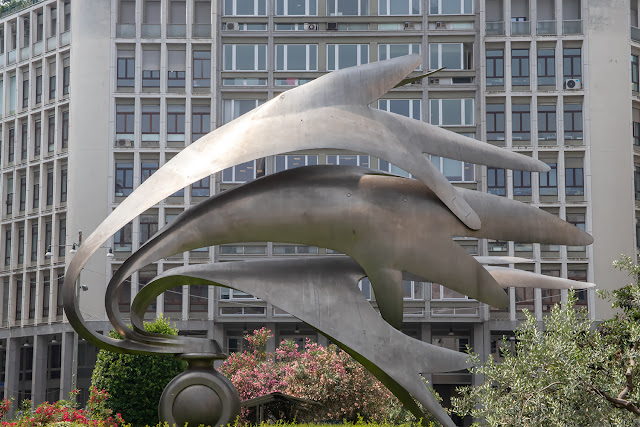 Turin,july,13th,1814.Royal Carabineers Corps was founded,nowdays as ARMA DEI CARANINIERI .Today to commemorate their 205th anniversary,here's his symbol a grenade and the flames.Among their many exclusives duties the guard and security to the chief of the state,foreign italian embassies security service,military police and many others as war against mafia by their high specialized units.The city of milan poses this monument by italian artist LUCIANO MINGUZZI.