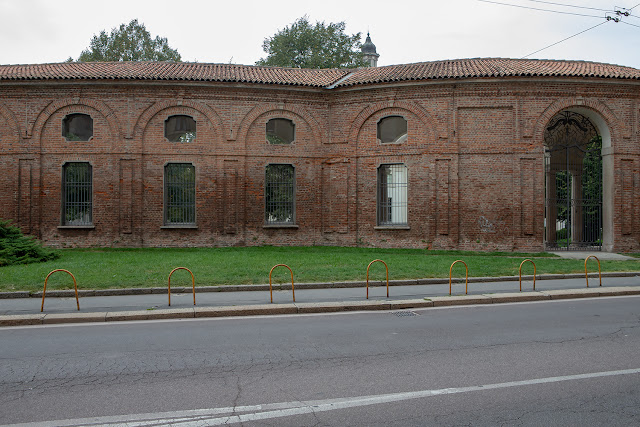 The ROTONDA DELLA BESANA (1695-1732).Originally serve as cemetery for the OSPEDALE MAGGIORE hosted catacombs an over 150,000 burials.Under Austrian domination rules the cemetery moved out the city walls and the cemetery inside dismissed.Under Napoleonic rules was redesigned for the honorific burial palace but never used.The ROTONDA DELLA BESANA returned to the POLICLINICO DI MILANO (Ospedale Maggiore) used as a shelter for the chronically sicks.The Ospedale Mggiore donate the structure to the City Hall in 1939 and now is used as a leisure place.