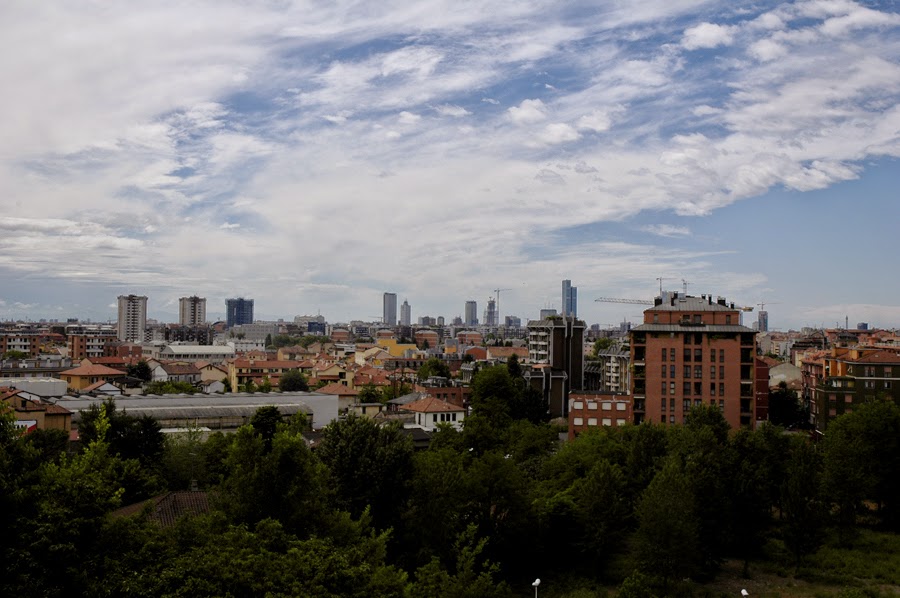 Sorry for the bad quality lights,but,i take the picture at the same.Here you can see in the nr 1 the Pirelli Tower  completed in the 1960,it was the inspiration for the design of the Pan Am building in new york city,now Met Life building.It Was for over 50 years the highest building in italy.When in 2011 Palazzo Lombardia the nr 2 opened in march,headquarter of the region government became the tallest building in the nation.the nr 3 is the Milan Central Station opened in 1932,inspired to the Washington Union Station.The 4th is the Torre Breda.The 5th is the Torre Galfa,it take the name from the cross of the 2 ways where is located at the corner,between Galvani way and Fara.The 6th is the Torre Servizi Tecnici Comunali Milano based on a particular structure,at the base there's in the lowside a body double arch bridge.If you want to know more click on the english links.Hope to find a very sunny and clear day next time to show you part of Milano Skyline again.The next picture i have in my mind is with the Alps mountain view panorama in the surround.As suggested by Louis here the right links:Pirelli Tower , MetLifeBuilding , Palazzo Lombardia , Milan Central Station , Washington Union station , Torre Breda , Torre Galfa , Torre Servizi Tecnici Comunali , Alps .