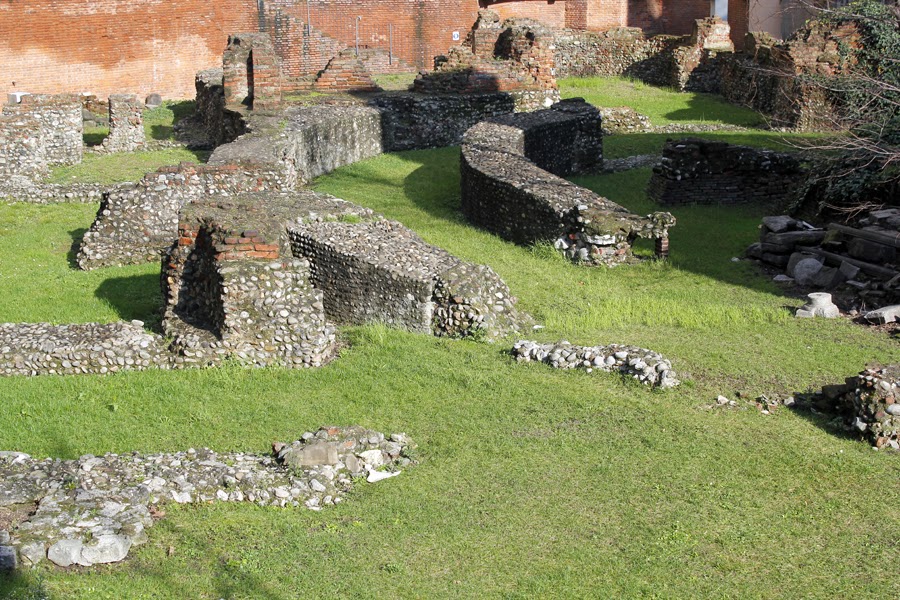 This ROMAN RUINS archeological site consists of the foundations of various rooms with apses arranged around a circular space that were part of 3rd-4th century complex blonging to the city's IMPERIAL PALACE.Directly connetced to the nearby circus,the impressive games arena that stood along the western section of the city walls.The remains are among the few surviving vestiges of the period in which Mediolanum(ancient city name) was capital of the WESTERN ROMAN EMPIRE(286-402ad) and official residence of the emperor MASSIMIANO.