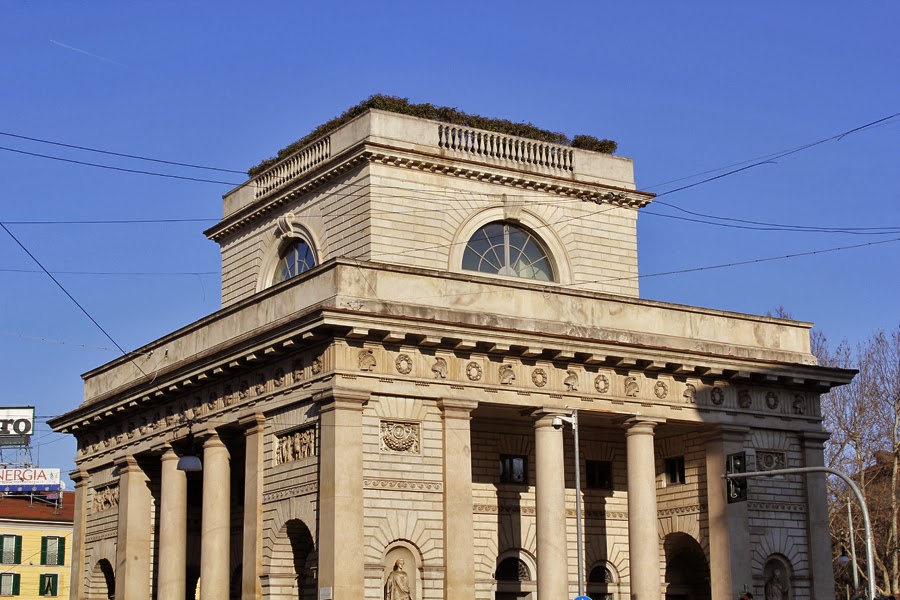 Porta Venezia(venezia gate)known even as Porta Orientale or Porta Renza by the real milanese is one of the historical gates of the city and one of the six main gates.The name is also referred to the district of the city around.The name porta venezia was given in 1862,previuosly the gate was called and named Porta Orientale and Porta Renza,this last name derived from RENZO TRAMAGLINO,protagonist of ALESSANDRO MANZONI's  THE BETROTHED who enter in Milan from this gate.Ancient written tell a man named ANTONIO LOVATO bring the plague in the city entering from here in 1630.Closer to the gate from 1842 to 1908 there was the first pubblic swimming pool of the nation DIANA BATHS,nowdays HOTEL SHERATON DIANA MAJESTIC.