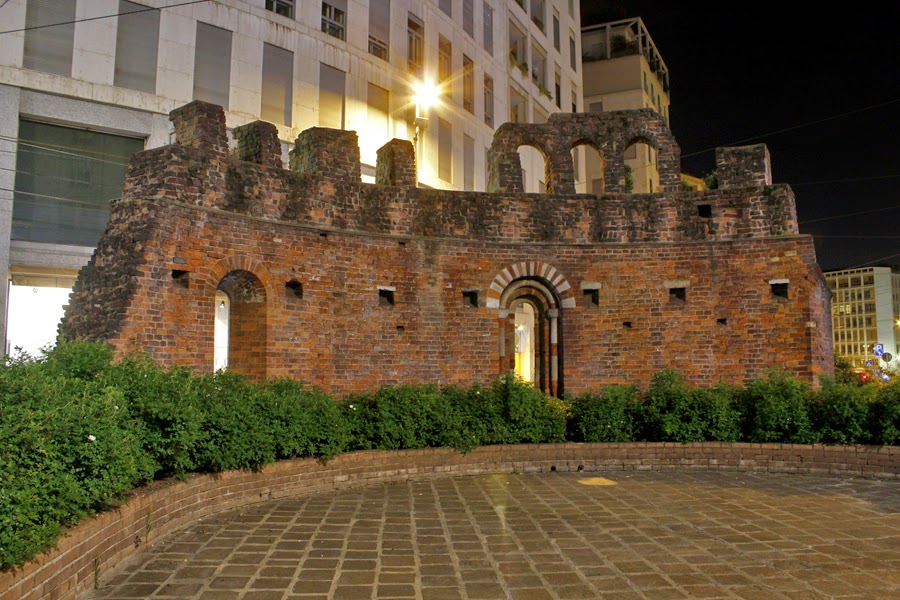 THE SAN GIOVANNI IN CONCA,the church probably named after the large depression (CONCA)in which it stood,was erected over the remains of the lavish Roman residence and was a major place of worship in the 5th and 6th centuries.Rebuilt in the late 11th century with the same single all layout,it was redesigned as a three nave interior in the second hal of the 13th century,when a lantern was added.In the 14th century it was the chapel and mausoleum of the VISCONTI and contained the tomb of Bernabò a grand sacrophagus sculpted by BONINO DA CAMPIONE(1363).Now part of the ancient art collection in the SFORZA CASTLE.When via Mazzini was laid out in 1879,the aisles where shortened and the facade set back.What remains of the Romanesque abse has stood in the middle of the road since 1949,when the church was all but demolished to make way for another new thoroughfare.The Romanesque cript,divided into seven cross-vaulted aisles,is accessed form this isolated ruin.The facade has been recreated  on the VALDESIAN church in FRANCESCO SFORZA street.