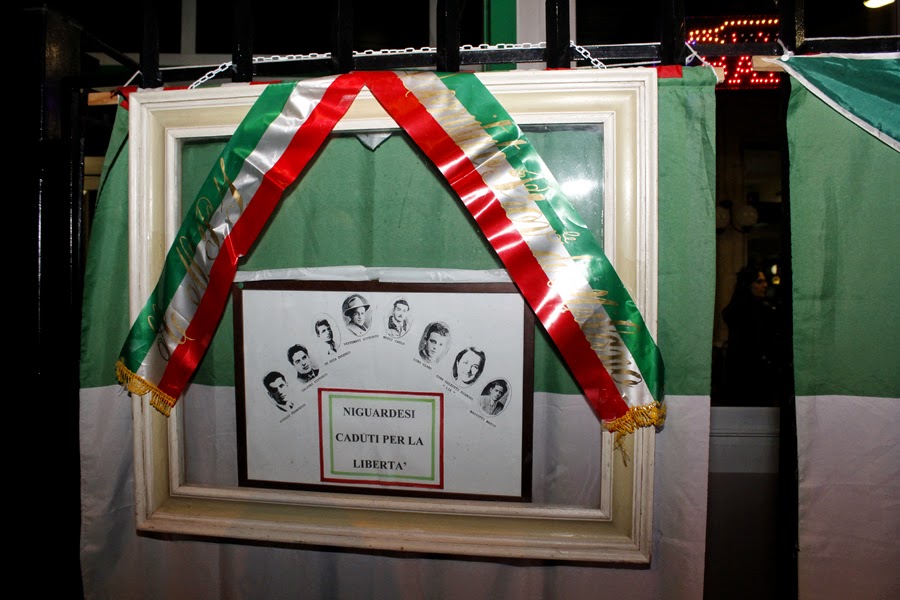 Gina Galeotti Bianchi(LIA,secret battle name,Mantova 4 aprile 1913-Milano 24 aprile 1945).Killed by looser war fugitives Deutsch Army in the part of the city called Niguarda while it was with a 8th month child inside,and while Milano fight for the liberation.It was went to NIGUARDA HOSPITAL for help the others injured Liberation Party partisans,it was killed from deutsch by a burst of machine-gun fire to pass a partisans check point.Here's in the pic the 2nd with other heros on the right.The day after,April,25th 1945,Milan was liberated.Every year it was commemorated with a ceremony.