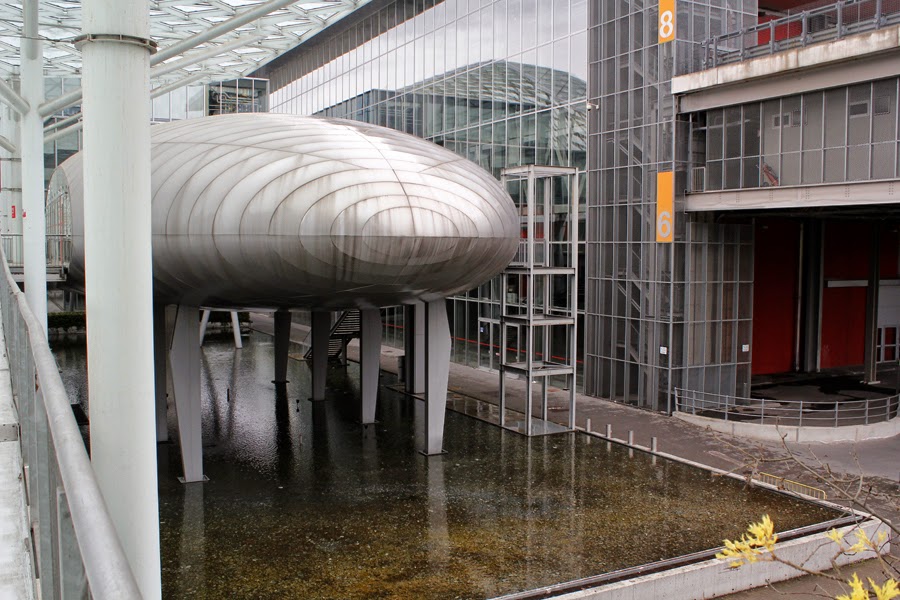 Milano fair,located on the border between Rho,Milano and Pero closer to the A4 motorway in the west border part of the city.Opened in 2005 with a massive investement of 575 milions euro,designed by architect MASSIMILIANO FUKSAS.Is composed by covered 8 pavilions plus a big outodoor exhibition area.The area is connected to the city by UNDERGROUND LINE 1(red line)stop Rho Fiera.Will be the EXPO 2015 area with some other spaces in the neighbourhood.You can see the "LEM" in the pic work as meeting room.