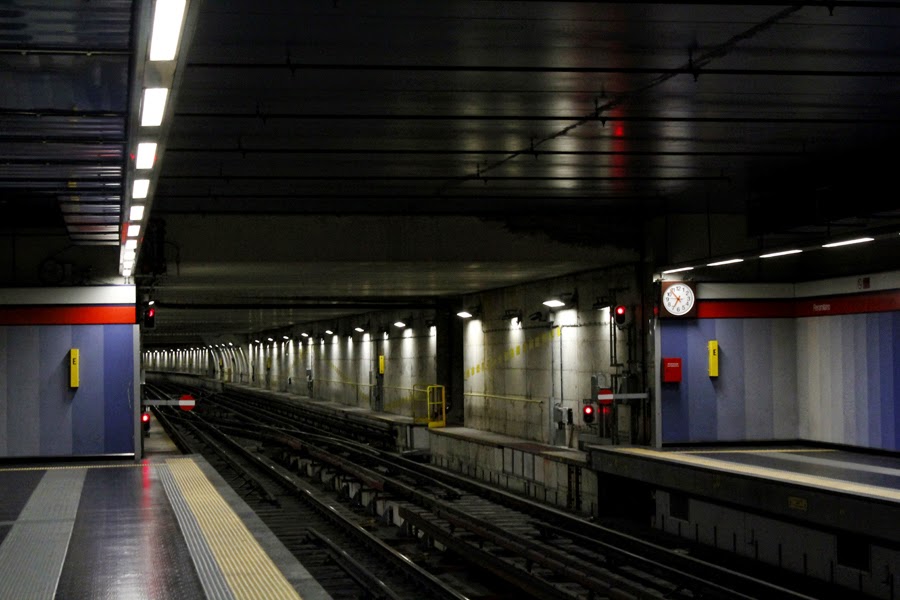 The underground LINE 1 called by locals RED LINE because is visually indentified by red signs was opened on November the 1st 1964.The first part was from SESTO MARELLI stop to LOTTO,it was 11.8 km long and composed by 21 stops.Time after time many stops was added since 2005 and nowdays is composed by 38 stops and 27 km.The graphic part was designed by the Dutch architect and designer BOB NOORDA(1927-2010).