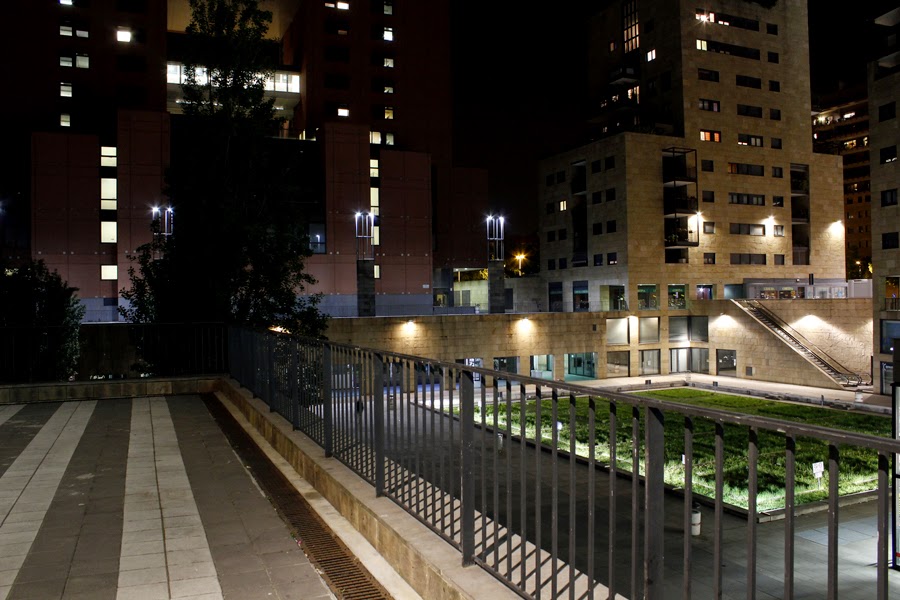 THE BICOCCA DISTRICT where you can see the 15th century Villa Arcimboldi.In the last 20 years this part of the city was interested in a real big requalification project that lead the construction of main facilities such as UNIVERSITY OF MILAN BICOCCA and ARCIMBOLDI THEATER.The toponomy bicocca probably it was taken from the villa that was built in 1450 owned by aristocratic family of ARCIMBOLDI.In 1522 a bloddy battle was settled here between the spansih of CAHRLES V  and the french of FRANCIS I.SInce the 80's odf the last century it was of the main idustrial area of the nation and greatly contributed to the big industrial grow of Italy.Industries plant as PIRELLI,ANSALDOBREDA,WAGONLITS and many others was settled here.Many important events in the italian trade unions history and workers's right was here.In 1943 a 28 days strike was made here,the event had a big resonance as it was in direct opposition by of the anti-strike laws of the CODICE ROCCO by the idiot FASCIST REGIME.Many workers was arrested and deported to the NAZI CONCENTRATION CAMPS by dudes.The deindustrialization began in the 70's.In 1985 the pirelli started a project to redevelop the area with the BICOCCA PROJECT(the largest urban trafsormation project in the story of the country)and in Europe after Berlin.The result of the project were the construction of the large university disctrict,and a large theatre and NATIONAL COUNCIL OF RESEARCH.Big comapanies as DEUTSCHE BANK,SIEMENS,REUTERS,JOHNSON & JOHNSON have their Milanese headquarter here.