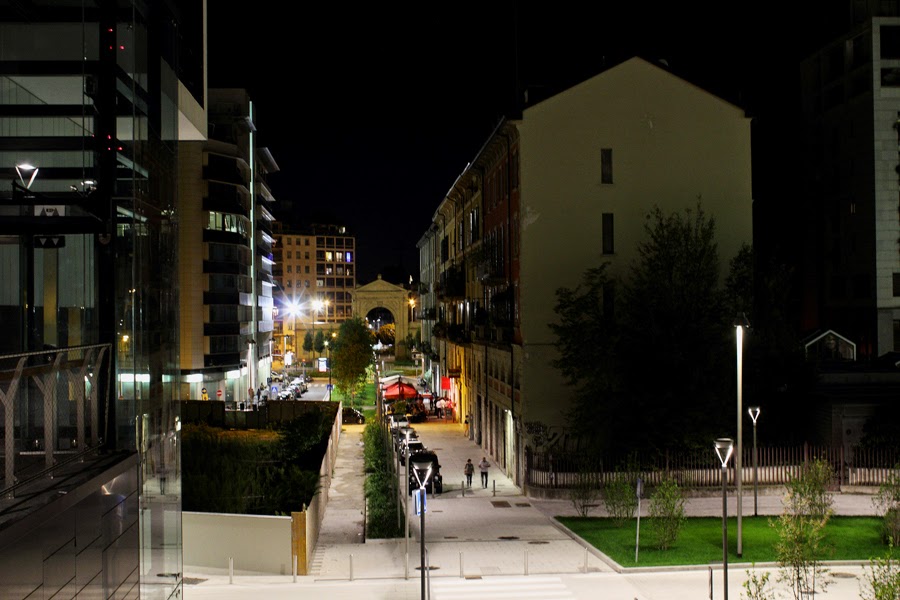 PORTA NUOVA=NEW GATE(1810-1813)by abbot GIUSEPPE ZANOIA.It's made by friable sandstones,the name is common used to call the district part of the city around.The gate was built on the old road connecting Milan and Brianza industrial area.Is a triumphal arch of ionic influence.In the last years as you can see form the pic a big speculative overbuilding without sense was made.