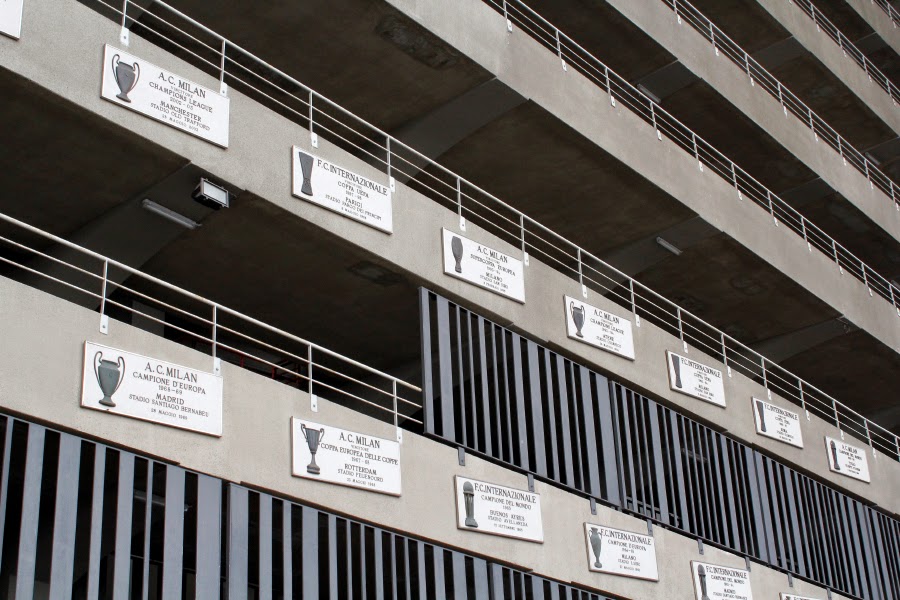 The stadium known by locals as SAN SIRO because it was the original name from the part of the city district where is located and because closer to SAN SIRO ALLA VEPRA CHURCH.Originally it was only for A.C. MILAN football city team.It was renamed in 1980 in honour of GIUSEPPE MEAZZA football player,two time football world cup champion,played for F.C. INTER and briefly for A.C. MILAN.The construction started in 1925.The inauguarl match on 19,sept,1926 with over 35.000 spectators F.C INTER defeat A.C. MILAN 6-3.The average attendances during regualr season is 45.000 spectators every match.Don't forget to visit the football museum inside if you're in the city and may be seeing a match.