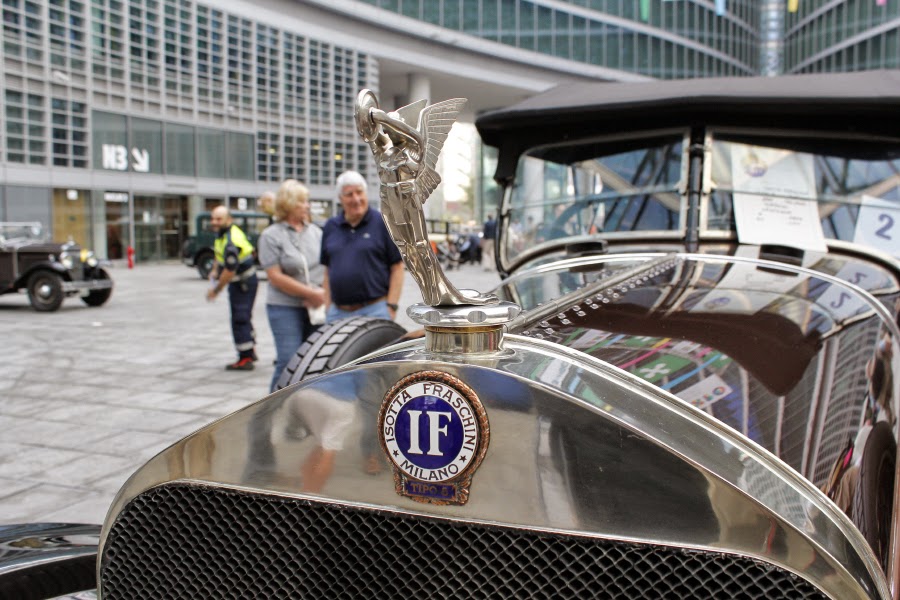 ISOTTA FRASCHINI those majestic.Founded in Milan in 1900,closed in 1949,famous to made high end expensive and luxury cars more than any other during his living period.Here's the type 8(1919-1924) so called to be the first production car equipped with a V8 engine,the price for the period was forbidden for everybody,it was only for the happy few.It was shown today to commemorate the first toll road worlwide THE MILANO-LAGHI opened 21st,september 1924,projected by the engineer PIERO PURICELLI (1883-1951).