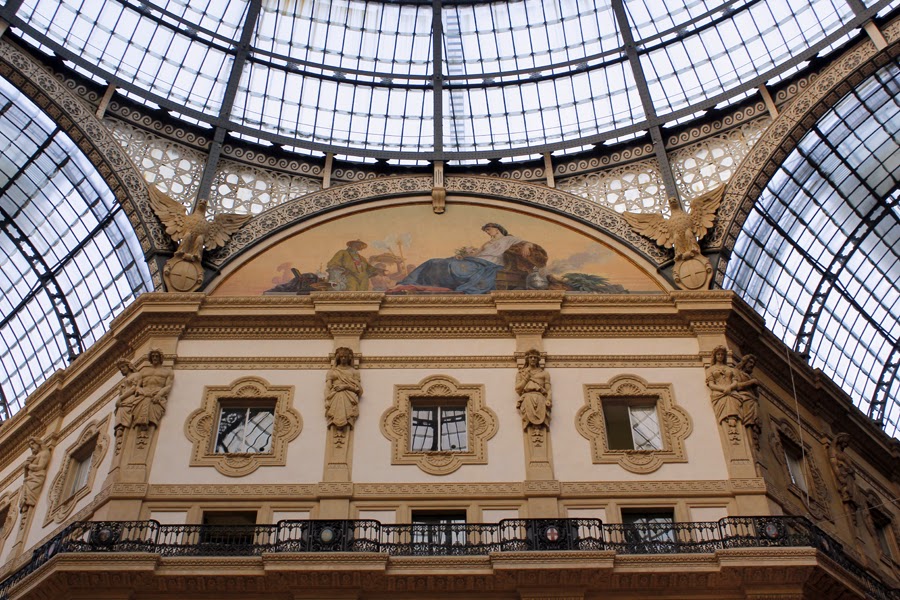 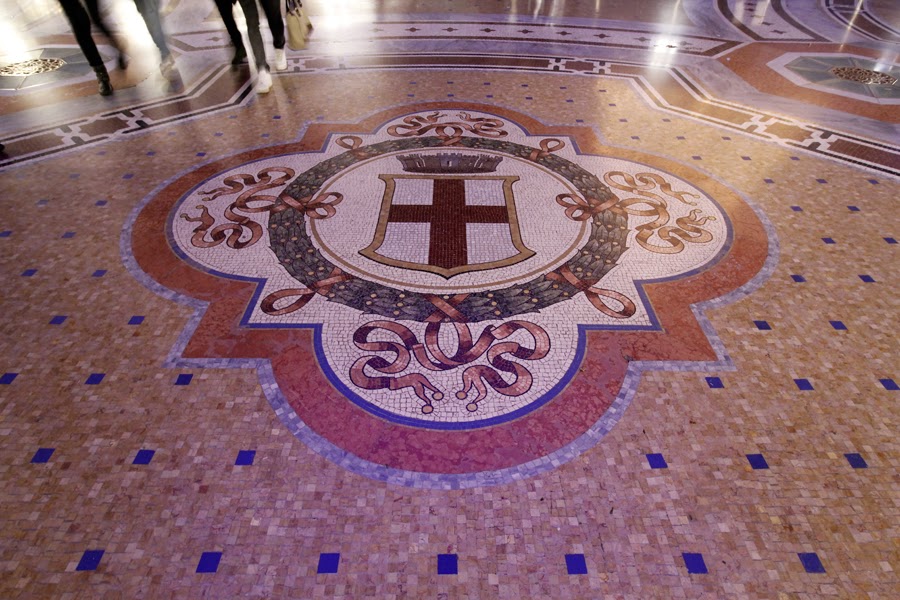 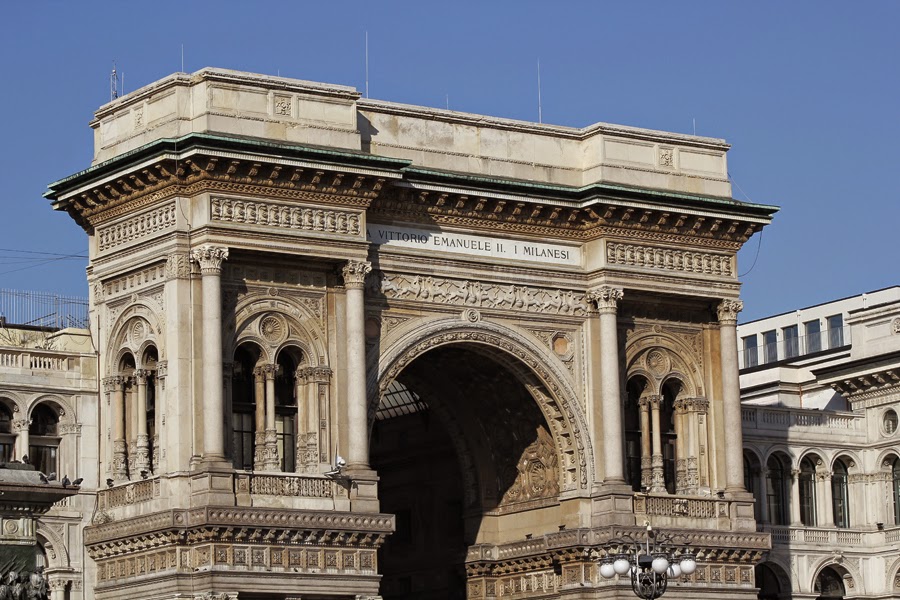 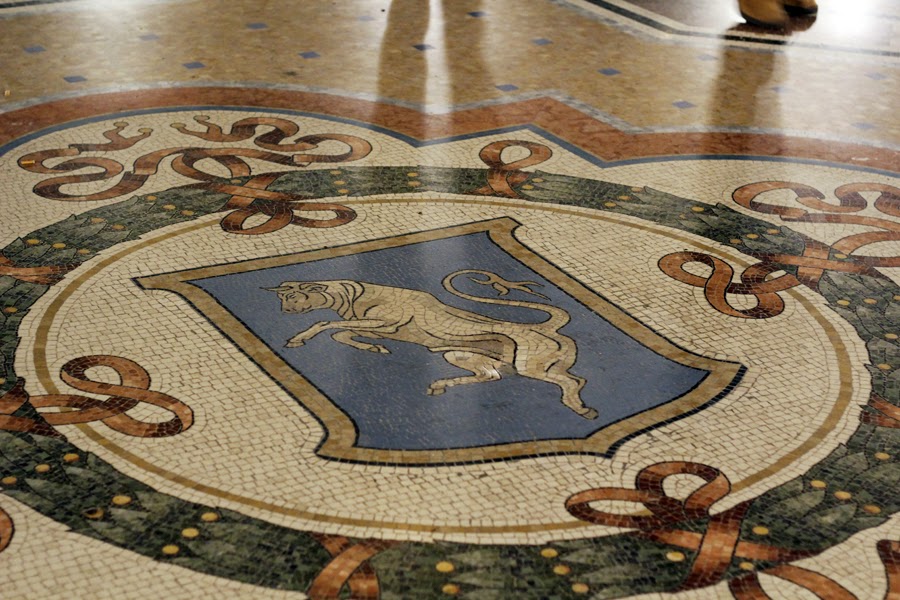 March,7th,1865 firts brick was posed.Named VITTORIO EAMANUELE II the first king of kingdom of italy.Designed in 1861 by the real archistar from Bologna GIUSEPPE MENGONI,built between 1865-1877.Is one of the world's oldest shopping mall.Connect two city landmarks,PIAZZA DUOMO and PIAZZA DELLA SCALA.On the ground made by mosaic there are four portraying the coat of arms the three capital of kingdom of italy,Turin,Florence and Rome with the HOUSE OF SAVOY plus Milan.Idiot and stupid superstition says that if a person spins around three times with a heel on the testicles of the bull from Turin's coat of arms this will bring good luck.This causes continuos damage to the mosaic,a hole is permanent  visible on bull's genitals.On the upper four angles parts of the central glass dome paints represents the four continents.Europe,Asia,Oceania,America.The bull was took as model to be placed outside WALL STREET.