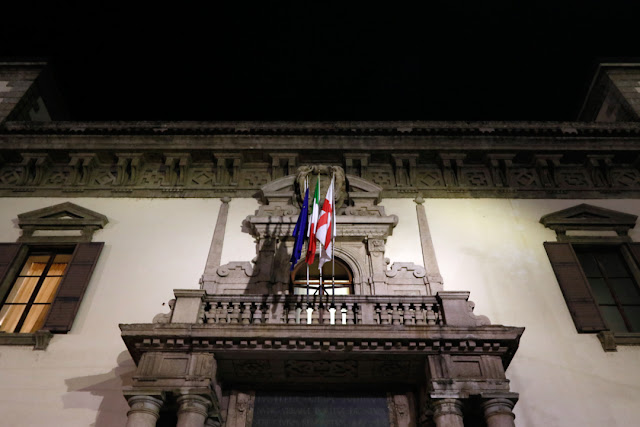 THE OLD JUSTICE COURT or new prisons' palace(1578-1605) by miltary engineer Pietro Antonio Barca,now local city police headquarter.During centuries it was twice enlarged and this is the original  aspect from 1879.Bombed in 1943 restored by architect PIERO PORTALUPPI.The courtyard is not much changed in the centuries with two tiers of arches.Many trials against the CARBONARI rebels was held here.It was the official city EXECUTIONER household.