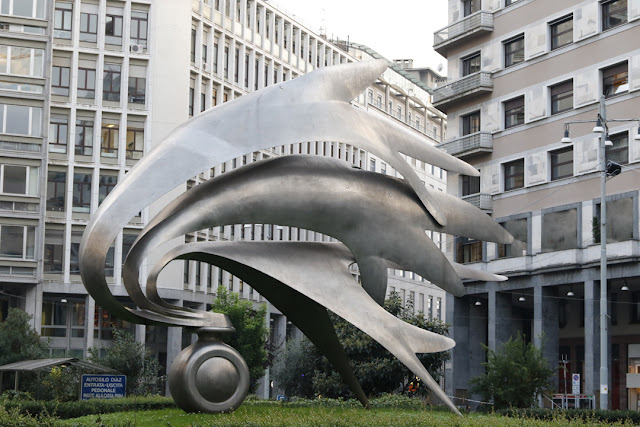 THE CARABINIERI (Turin,july,13th,1814) the national gendarmerie both civilian and military police.Originally as the police force of the Kingdom of Sardinia created by the king VICTOR EMANUEL I of SAVOY,the exclusive service of the corp are body guard for the chief of the state,security service for the italian embassy worldwide,service for the costitutional law court.The army motto is:"FAITHFUL THROUGHOUT THE CENTURIES."The army symbol is a flame here's as sculpture in the city centre to thank the army for the service get nationwide to Italy and Italians.