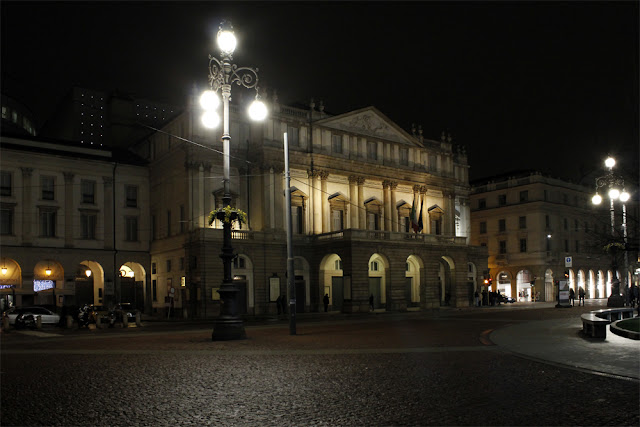 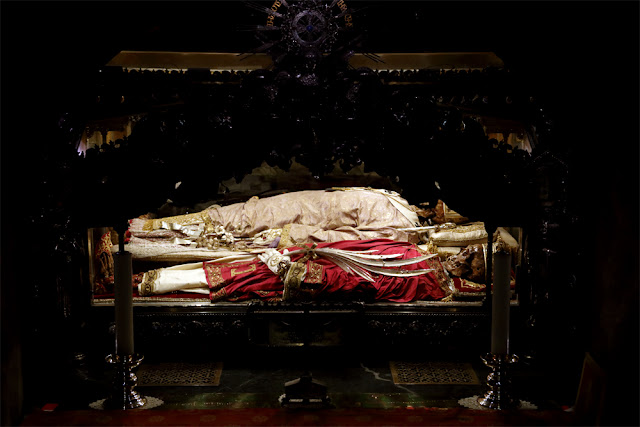 AURELIUS AMBROSIUS known as Saint Ambrose (340 a.d,Augusta Treverorum,Gallia Belgica,Roman Empire-April 4th,397,Mediolanum,Italia Annonaria,Roman Empire).It was the bishop of the city made by popular acclamation in 374 a.d.is one of the four original doctors of the Church,patron and saint of Milan celebrated on december the 7th.It's even the grand season opening day of the TEATRO ALLA SCALA (opened in 1778) simply known as LA SCALA beacuse built on the former location of SANTA MARIA ALLA SCALA.Many of the finest lyrics performers appeared in the past 200 years and is considered the worldwide Lyrics Temple.During the inaugaral day VIP's from around the world are in the teather,normally the common public is very warm always with the ears ready to unlimited hands clap or whistle heavily the performance as in the last years at the end of the grand opera.Traditionally in the inner centre of the city there's even THE SAINT AMBROSE FAIR and is holiday.The saint relics is posed at the centre of the crypt between SAINT GERVASIUS & SAINT PROTASIUS and his dressed in white pontifical robes,inside SAINT AMBROSE CHURCH.