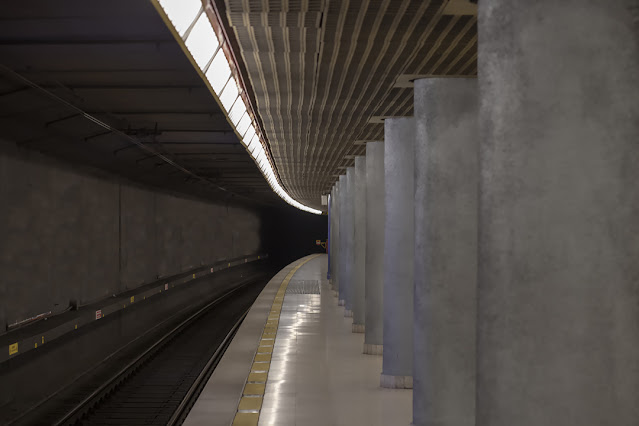 Built from 1981 to be ready for the 1990 FIFA FOOTBALL WOLRD CUP it is called YELLOW LINE due to yellow signage.It is 17,1 km long with 21 stations.The line crossing the city runs from the north border of the city called COMASINA station to south part outside the city called SAN DONATO MILANESE.