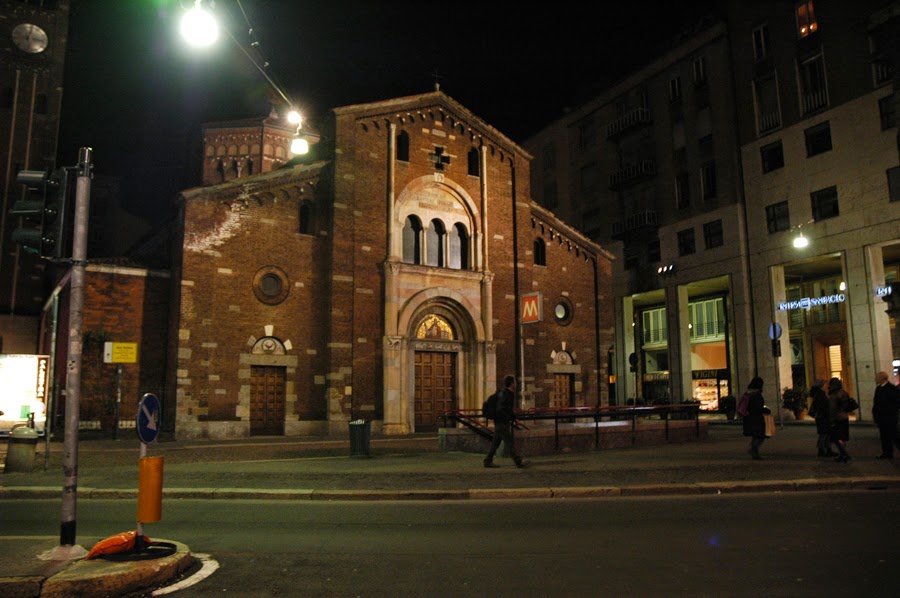 This is the SAN BABILA church.Is considered the 3rd most important in the city after "duomo" and "sant'ambrogio",the 1st church probably was erected in the 4th century,over a pre existing roman temple,a recostruction in the 9th century is attested.In the 16th century was prolonged with the addition of the further frontal section,it named even the city square "piazza san babila" where the curch is placed.HAPPY EASTER!!!!!