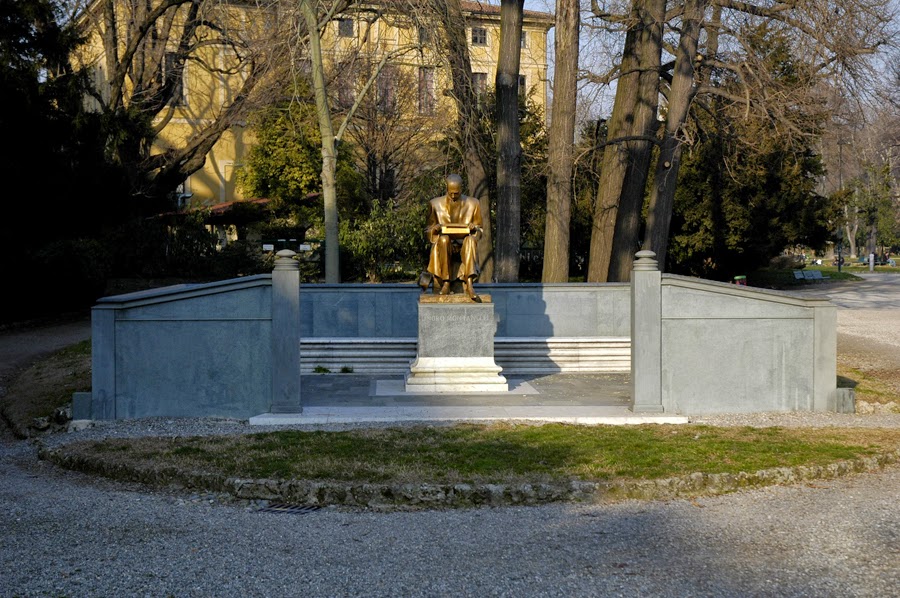 Indro Montanelli (April 22,1909-July 22,2001)was an italian journalist.Considered as one of the greatest journalist ever by World Press Freedom Heroes.Before this park was named in memory of INDRO MONTANELLI in 2002,they are called simply with the name PUBLIC GARDENS OF PORTA VENEZIA,inside them there was the Milan's zoo(now closed),THE NATURAL AND SCIENCE MUSEUM and the PLANETARIUM OF MILAN.Estabilished in 1784 they are the oldest city park in Milan,the statute was posed in 2002 in honor of this great italian man and the gardens titled with the name of the journalist.