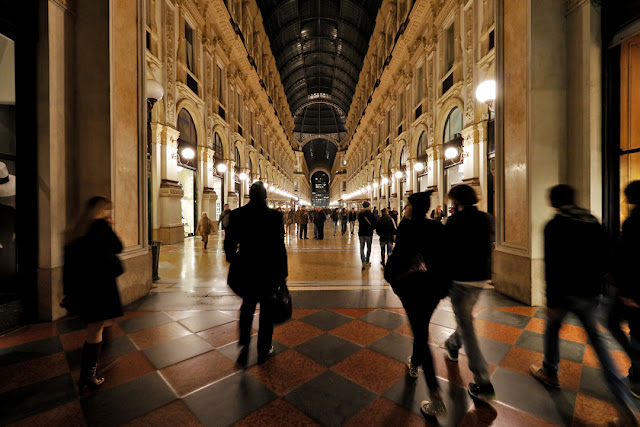 The GALLERIA VITTORIO EMANUELE II (1865-1867) one of the oldest shopping mall in the world.Named to the first king of the kingdom of Italy VITTORIO EMANUELE II (1820-1878) by architect GIUSEPPE MENGONI (milan 1829-milan 1877)connect PIAZZA DEL DUOMO with PIAZZA DELLA SCALA,is Latin cross form with the dome at the center high 47m(154ft) made by iron and glass,on the ground in the center there's the octagon with his 4 sides vaults decorated by mosaics representing the 4 continents,Asia.America,Africa,Europe.In 1867 when it was opened it was illuminated by gas by a special device ran on rails of the around the dome to swith on the gas lights nicknamed the EL RATIN (little mouse) by Milanesi.