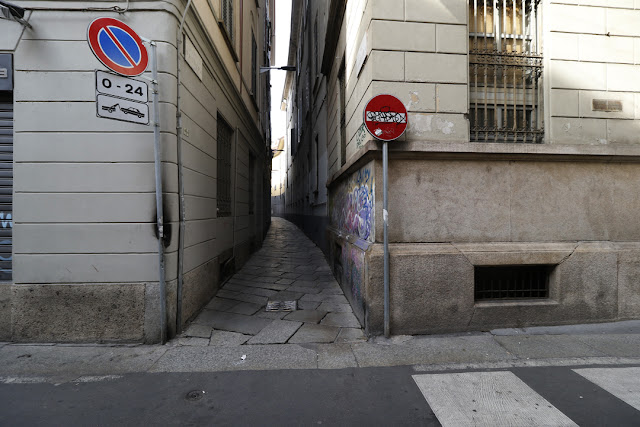 STRETTA BAGNERA NARROW WAY in ancient times the STRETTA BAGNERA LANE house of the first Italian serial killer or monster of Milan.Considered by MILANESI the most sinister street in the city after hundreds years.It's L shape way,sometimes not wide enough  for a veichle.The name is from Stretta(narrow),Bagnera(baths)of Romans in Milan located here.It was home and office of ANTONIO BOGGIA(Como,dec,23rd 1799-Milan,apr,8th,1862),"the monster of milan".Who had the misfortune to visits him ended murdered,haked to pieces with an axe.The choice of this way for murder and to hide the bodies was not casual.It's shape and size of being disturbed by witnesses was minimum.The house of the killer had a cellar only can be reach by an iside house stairway,perfect place to hide the victims.The monster of milan finally was captured and hanged on apr,the 8th 1862.