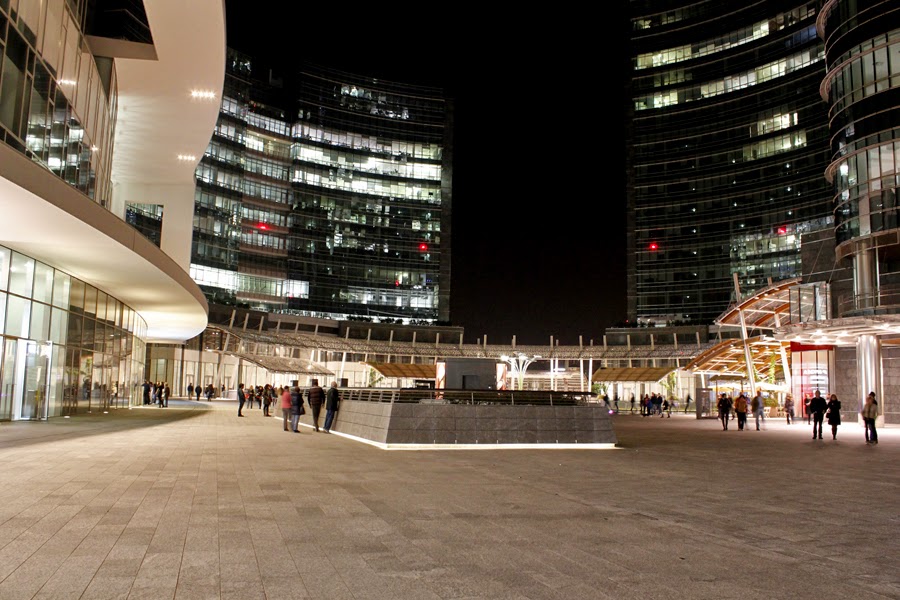 Where there was a green area or it can be a park for the citizens now a square was made for few,in line on what happens in the city during last years,all dismissed area was cemented.The square is named to the great italian architect GAE AULENTI part of the large cemented area of PORTA NUOVA PROJECT.A large number of buildings was built with no sense of style and without respect fo the typical Milano's flat skyline.I dont understand how some people was payed a lot to damaging a city or to say how beautiful these kind of aborts are.They are only influenced by somebody.