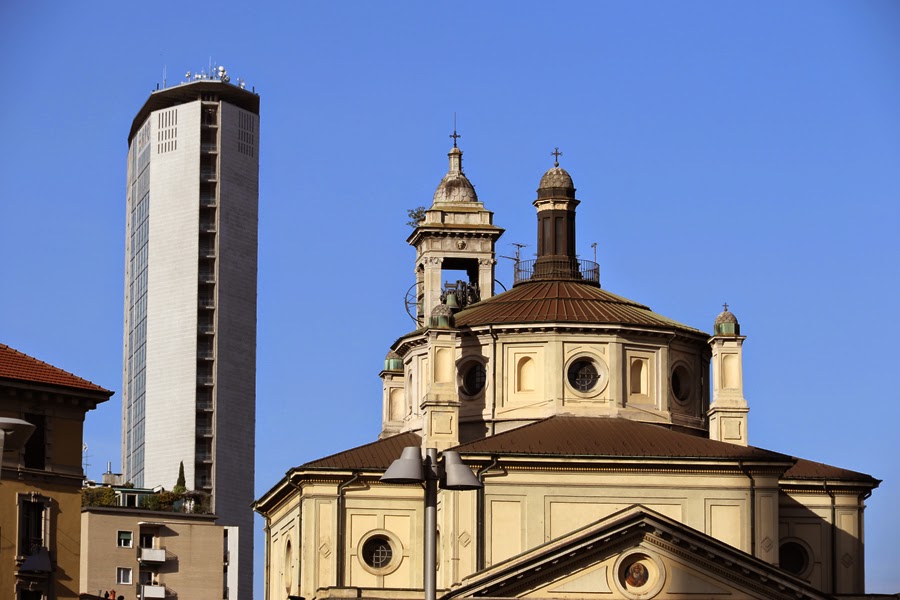 Two of the many subjects you can see walking round the city,SAN GIOACHIMO church projected in 1881 by ENRICO TERZAGHI and the PIRELLI TOWER in italian "grattacielo pirelli","pirellone".The construcion of the tower was ordered by ALBERTO PIRELLI,to be built in the area where corporation's first factory was located in the early 19th century.Started in 1956 and ended in 1958 by architect GIO PONTI(milan,nov 18th,1891-milan,sept,16th 1979),enginereed by PIERLUIGI NERVI(sondrio,jun 21st 1891-rome,jan 9th 1979).The PIRELLONE soon became for the city people and architecture lover worldwide a cult and landmark tower.The tower was taken as model to built the PAN AM now MET LIFE BUILDING in New York City and the ALPHA TOWER in Birmingham and many others in the world.