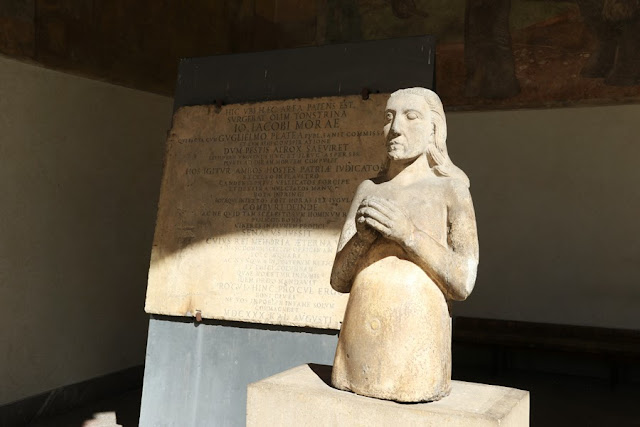 Milan was striked by palgue in 1630,suppose to be spread by a group of people called "UNTORI".A day GUGLIELMO PIAZZA  who was accused by two women to be an "UNTORE".After an horrible torture the man reveal that a barber GIAN GIACOMO MORA  with the shop on CORSO DI PORTA TICINESE used unguents and cream for his work to spread the disease.The barber was arrested and tortured.Both were taken to PIAZZA VETRA where left on public display dead and after burnt alive an cast in a closer canal.The barber house and shop was destroyed and a granite INFAMOUS COLUMN was set as remainder for all.In 1778 the column was removed.Nw is located in the ELEPHANT'S COLONNADE inside SFORZESCO CASTLE.