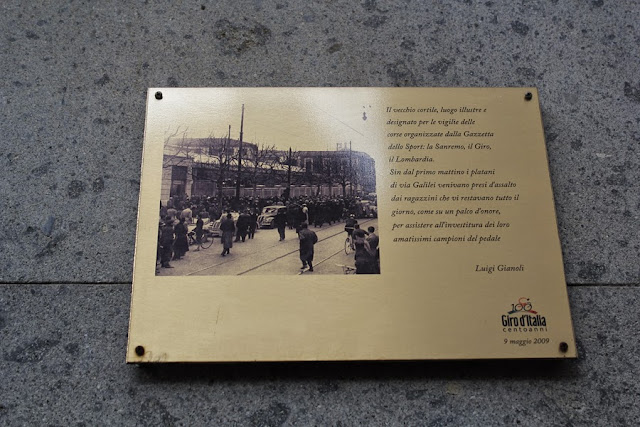 May 13th 1909,the first GIRO D'ITALIA (bicycle stages race tour of Italy)started from Milan PIAZZALE LORETO.Tomorrow the 98 edition begin because during I WORLD WAR(1915-1918)and II WORLD WAR(1941-1945)was not ran.The first winner after 8 stages and 2.400 kilometers was LUIGI GANNA(1883-1957).The champions with many wins are:ALFREDO BINDA,FAUSTO COPPI,EDDY MERCKX.For over 50years departed and arrived in the city a plaque was posed in Milan to remember it.Today the 98 edition start from San Lorenzo al Mare to Sanremo and after 21 stages and 3.500 kilometers the last stage depart from Torino to end in Milan on may 31st.